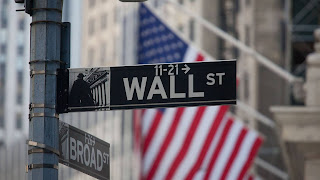 By: David Henson
Georgia Moderates Activation Solutions
Donald Trump has mastered how to game democracy. As we passively sit back and wait for democracy to unfold, he’s aggressively making moves to undermine it.
Trump’s firings and hirings this week within the Pentagon have many on edge. Former Secretary of Defense Mark Esper - known as “Yesper” for his subservience to Trump - warned before his recent termination that if the president replaced him with a “real” yes man, “God help us.”
This is serious.
We cannot fall into our democracy “default mode” and give Trump a zillion chances to do what’s right. He is trying to politicize the military. This is how actual coups begin.
As Trump conquers the military, Attorney General William Barr is oppressing the federal judiciary. Instead of waiting until votes are counted and certified to investigate, he’s empowered U.S. attorneys to begin investigating “credible allegations” of voter fraud.
Barr had no intention of following precedent, which happens to be Department of Justice policy. He knows that it’s much harder to undo what’s already been done.
Therefore, we need to nip this mutinous activity in the bud now. Just like malignant cancer, the longer we wait, the less chance of survival our democracy will have.

There’s no time to overthink. We can’t assume that justice will prevail. Trump and Barr share the same sly tenacious that should keep you awake at night.
We need leaders to lead, to take a public stand against Trump now. Since most Republicans are gutless and sold their souls to him long ago, the leaders we need to call on are in the corporate world.
Of course, ‘call on’ means pressure to do the right thing. They’re accountable to their bottom lines, not bottom feeders. Instability is bad for business. Boycotts and sit ins are much worse. Who knew ‘socialist’ could manipulate capitalism to invoke justice?
Protests must remain peaceful. Georgia’s John Lewis and Martin Luther King, Jr. understood the persuasive power of peaceful protests. We cannot forget their lessons when we need them the most.
Also, we must rout out clandestine Trump supporters intent on inciting, perpetrating and perpetuating chaos to play into Trump’s twisted narrative, which was sadly effective this past election.
The time to act is NOW.