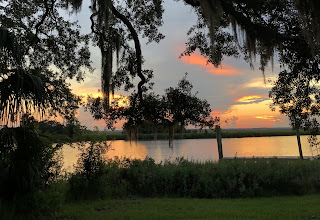 Our history dates back to 2005, with David Henson’s fight against the Georgia Department of Transportation (GDOT) in Cobb County.
At the time, GDOT was planning to widen Interstate 75 by eight lanes total, including two express toll “Lexus” lanes and two tractor-trailer truck only lanes in each direction. The impacts to the lower income neighborhoods bordering the interstate - including Henson’s own childhood neighborhood where his father still lived - would have been devastating.

Henson went door-to-door to organize residents, who then packed the next GDOT public information meeting. This resulted in GDOT hosting an additional meeting for residents of the affected neighborhoods, and within a few months, the four truck only lanes were dropped from the widening project. Ultimately, the remaining four express toll lanes were reduced to two and built mostly within GDOT’s existing right-of-way.

Motivated by this success, Henson soon founded Georgia Policy Solutions. In 2015, Henson expanded beyond policy consulting and added full service marketing solutions (including staffing, as needed) to the company’s offerings and narrowed its focus to moderates, renaming the company to Georgia Moderates Activation Solutions (GMAS). Of course, this rebrand constricted the company’s potential clientele reach, but Henson decided to be the best at what he does best - marketing to moderates.

Since then, GMAS has been activating the silent, main stream, moderate majority to support or oppose public initiatives and political candidates across Georgia.